“Sometimes you have to go at a problem the way I got at a complicated crossword puzzle.”

“Sometimes I picked up the Saturday New York Times crossword puzzle and I’ll go through way over half the clues before I’ll know the answer to one. And the you start with what you know the answer to and you just build on it. And eventually you can unravel the whole puzzle. And so I rarely work a puzzle of any difficulty from one across and one down all the way to the end in a totally logical fashion. And I think a lot of difficult complex problems are like that. You have to find some aspect of it you understand and build on it until you can unravel the mystery that you’re trying to understand.”

Nearly anybody can learn nearly anything they need to know. Nature has something to do with it, but I think nurture has something to do with it. I mean, I think nature made Einstein’s massive brain and made him what he was. But nurture can make nearly everyone seem to be above average intelligence if they have the right sort of nurturing early as well as the right kind of formal schooling and academic challenges and adults who believe in them when they’re children. I really believe it’s a little bit of both, but I think most of us are, um, we’re all capable of doing more than we think. 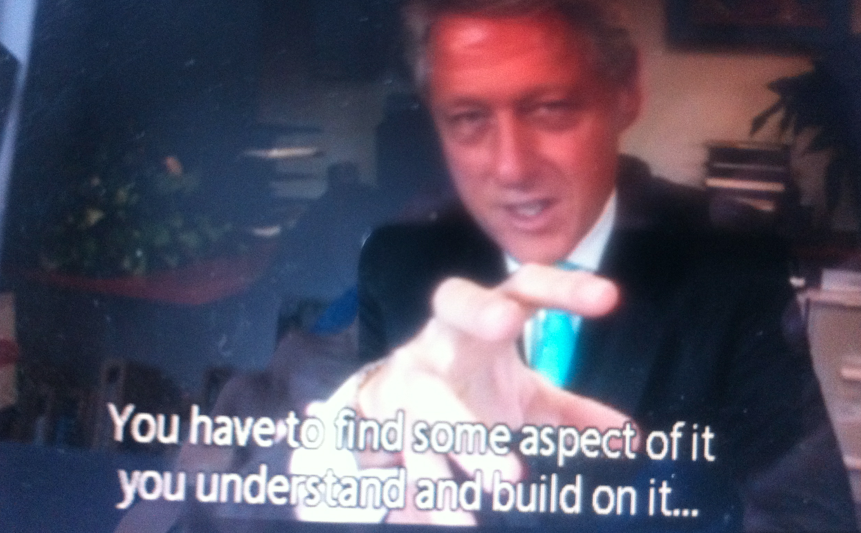 Energy production and usage in 3 minutes

Don Norman about emotions and design