“Ellis was in W*india*land – part 1” can be read here
In November 2017 a group of Dutch game developers went for the GDC (game developers conference) in Hyderabad. We were invited to speak, discuss and expo different applied games from Holland.

With the six of us we had a discussion on creating an ecosystem for serious gaming. The audience was very engaged, and many topics were brought up, a continuation of this dialog via online events is being organised. After the panel, many people came with questions and lot’s of conversation is initiated during the following two days of the event.
Then we went to a different town in India: Pune, where we were invited to give a workshop on waste awareness and gamification to celebrate “Childrens-day”.

The workshop was an amazing day, the major was there to open the day with a ceremony and lot’s of photographers, waste experts were present to give very insightful information on the importance of waste awareness, also great inspiration for the player to be the prince and princess of her castle, and take care of their personal waste, also gamification elements were already in his speech when he mentioned that it is a personal PLUS a class effort, and if one class member would not participate, the whole class and school could fail the experiments he is doing in schools. With those thoughts in mind, we started the workshop, with Pac-man, collaboration, team play and creating an impact was centralised.

This event was featured on tv news and many newspapers: 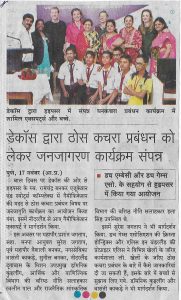 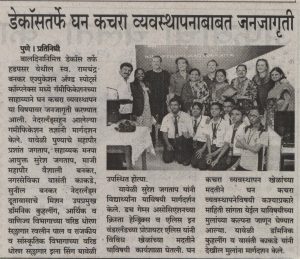 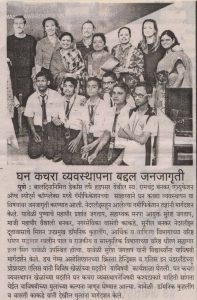 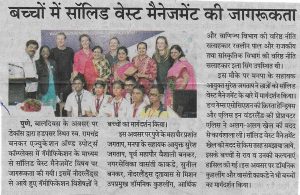 Gamedesignthinking for impact - Workshop with schoolkids in India